In 1998, a huge underwater heatwave killed 16% of the corals on reefs around the world. Triggered by the El Niño of that year, it was declared the first major global coral bleaching event. The second global bleaching event that struck was triggered by the El Niño of 2010. The US National Oceanic & Atmospheric Administration (NOAA) is predicting another strong El Niño and has now announced the third global bleaching event. The event is expected to impact approximately 38% of the world’s coral reefs by the end of this year and kill over 12,000 square kilometres of reefs.

This new phenomenon of mass bleaching is caused by ocean warming – corals are unable to cope with today’s prolonged peaks in temperatures. They simply haven’t been able to adapt to the higher base temperatures of the ocean. Although reefs represent less than 0.1 percent of the world’s ocean floor, they help support approximately 25 percent of all marine species. As a result, the livelihoods of 500 million people and income worth over $30 billion are at stake.

The two previous events caught us relatively unprepared. The world simply didn’t have the technology, understanding or teams in place to reveal and record them properly. This year is different – sponsored by an insurance company interested in the risk resulting from ocean warming, the XL Catlin Seaview Survey, running off predictions issued by NOAA’s Coral Reef Watch programme which have proven to be accurate, has been able to respond quickly.

A major global bleaching event is considered one of the most visual indicators of climate change. Working together with science partners around the world, these free resources have been developed to help you research and communicate this important issue, and to ensure this event doesn’t stay out of sight and out of mind. 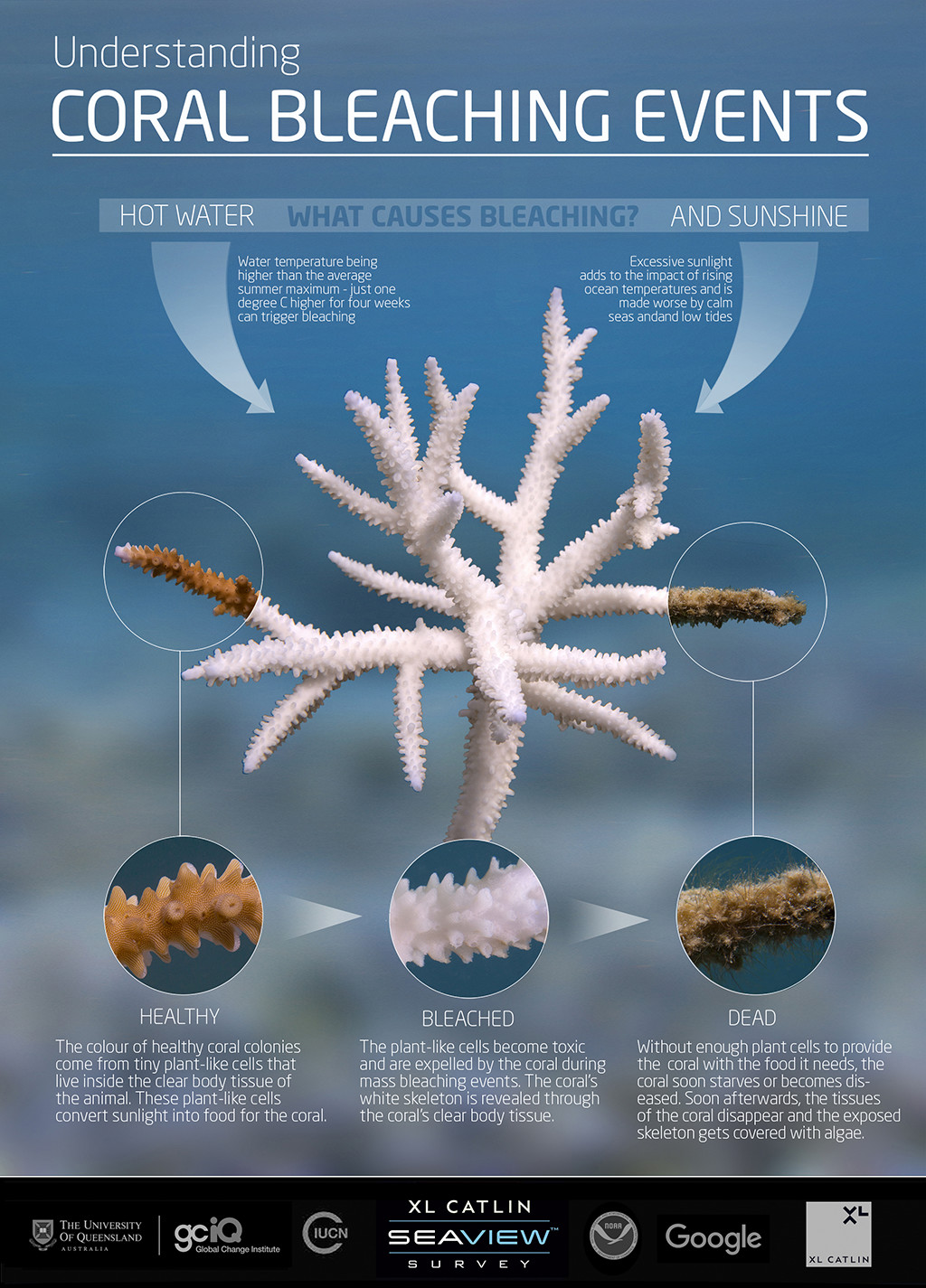 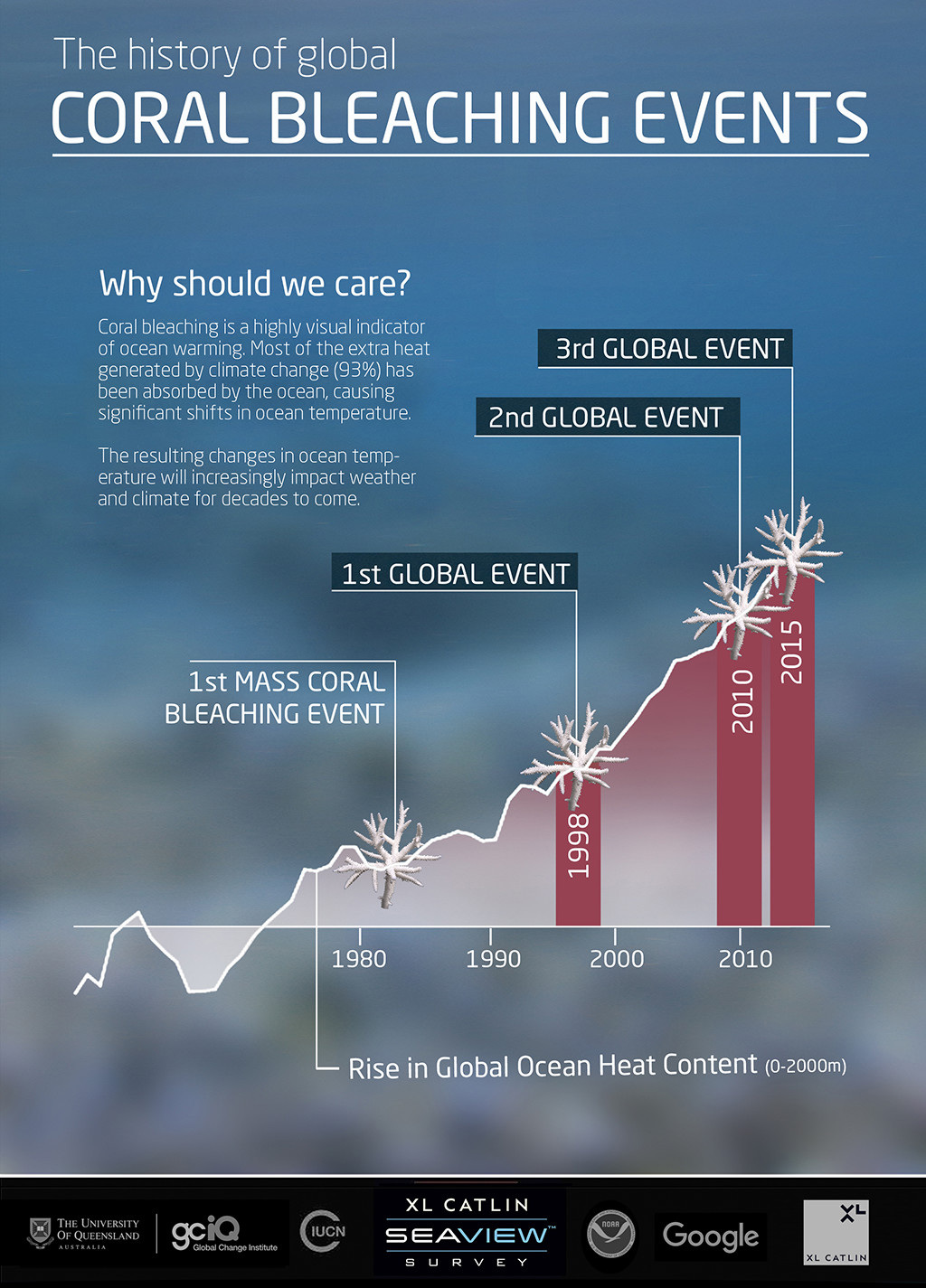