I have gone slightly bonkers over the lull period. Well… it was fun reading up on the history of dive equipment. It’s amazing how little have changed over the years. I guess if it ain broke, don’t fix it! So far,  I have amassed quite a collection of vintage regulators. Here are some of my favorites. If you are interested in vintage scuba gear, simply curious to find out how functional vintage gear are or want to get your claws on one, ping  me on Facebook or drop  me an email.

Editor’s Note: Boby, it’s just you. Singular. Not Plural. You. Not We. Sigh… 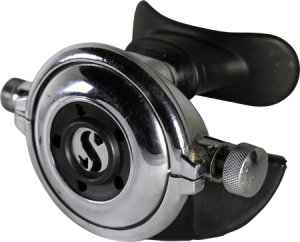 ScubaPro Adjustable 109 (1969 – 1986)
The Adjustable 109 is chrome-plated brass with a black rubber exhaust tee and was introduced in 1969. It was on the market until 1985. It is the first regulator to offer the consumer a means to adjust the inhalation effort of the regulator. The regulator breathed so easily that if you were headed into a strong current you could adjust it to prevent a free flow. 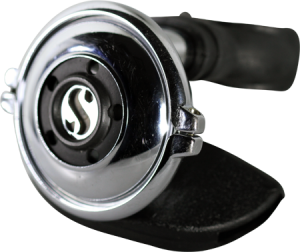 ScubaPro 080, 108, 080 HP (1963 – 1988)
The 108 is the first SCUBAPRO second stage regulator wholly produced by SCUBAPRO. They were made of chrome-plated brass with a black rubber exhaust tee and were available to the public from 1963 – 1988. The simple valve design is so efficient that this basic design is still being used today. In later models the static orifice was upgraded to an adjustable type and the exhaust port was enlarged. This version was designated the 080 HP (High Performance) and was sold in combination with the MK2 first stage. 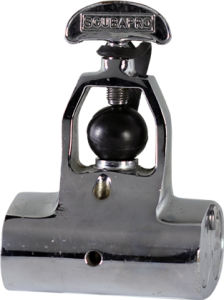 ScubaPro MK7 (1971 – 1987)
The MK7 was available from 1971–1987 and has the most unique appearance of any SCUBAPRO regulator. It is very large and heavy and has the feature of an audible alarm that would be activated when the tank pressure dropped to around 40bar/600psi. When your air got to this point the regulator would vibrate to cause a honking sound, which earned it the nickname “The Honker”. It had one high pressure port and two low pressure ports. 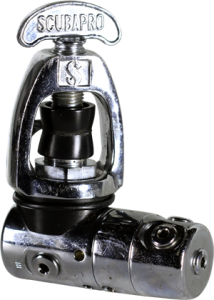 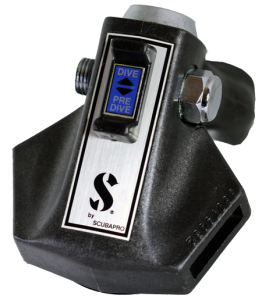 ScubaPro AIR1 (1979 – 1990)
The Air1 is the successor to the Pilot using a pneumatic balanced valve system instead of a pilot valve. It was much less complicated to maintain compared with the Pilot, yet still provided the same ease of breathing that the Pilot offered. It was on the market from 1979 – 1990. The Air1 is the first SCUBAPRO regulator to be made of a material other than chrome-plated brass. The black composite material (polyester fiberglass) and the shape of the Air1 earned it the nickname of the “Darth Vader” regulator. 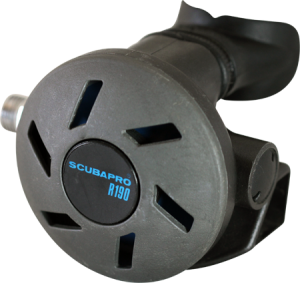 ScubaPro R190 (1987 – 1989)
The first version of R190 was created in Europe based on the case size of the G250, it used a classic downstream valve and went on to become one of the most sold SCUBAPRO regulators, thanks to its great reliability and limited maintenance requirements. 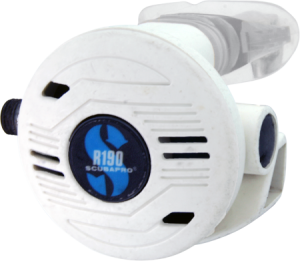 ScubaPro R190 White (1991)
R190 was also offered in a white version which was produced in limited numbers. 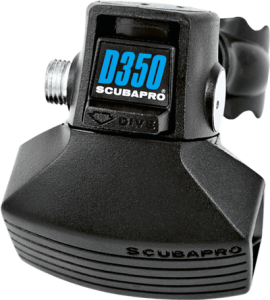 ScubaPro D350 (1991 – 1993)
The D350 was produced from 1991 to 1993. This is another of the “Darth Vader” regulators. The poppet was redesigned to make the regulator easier to maintain and provide a larger volume of air with each breath. The intake lever was also reversed from the way it was in the D300. The front of the Dive/Predive switch had a sticker designating it as the D350. 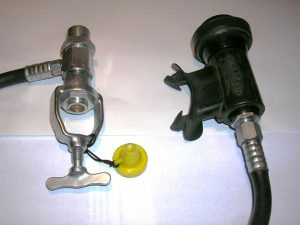 AquaLung Gagnan Aquamatic (1957 – 1961)
The Aquamatic is the first U.S. Divers single hose regulators, and one of the first in the industry. Fred Roberts in Basic Scuba states that it was manufactured between 1957 and 1961. I used one in about 1960, but I don’t remember much about how it performed (back then, simply receiving air through a regulator was magic). Yes, the second stage is unique, in that it uses double levers and a conical diaphragm. Cousteau felt that the best design was a tubular design for the second stage. 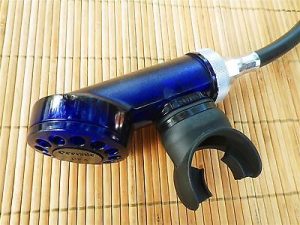